’30 Days Wild’ Day 4 started early and when I say early I mean early!

The plan for the day – Listen to the dawn chorus and watch the sunrise at RSPB Minsmere, followed by a radio interview on BBC Radio Suffolk inside the Springwatch village.

Sunrise over Suffolk was around 4.40am so I set my alarm for 3am thinking that this would give me plenty of time for the 30 minute drive to Minsmere, get myself settled in position and then wait for the show to start.

Looking out of en suite window at 3.10am I was surprised how light it already was and as I loaded the car it was obvious I had got my timing wrong regarding the dawn chorus. It was already in full swing and sounded amazing. I was very tempted to hang around a bit longer to listen but decided to stick to the plan. If I waited any longer then I would miss the sunrise too. 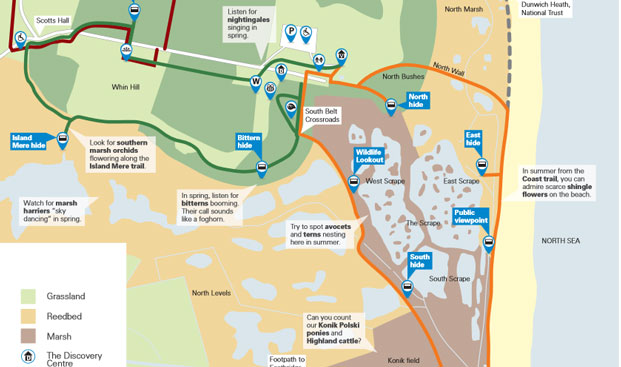 Arriving at the empty RSPB Minsmere reserve car park at around 4.10am my first task was to decide where to position myself to get the best view of the sunrise. It’s always a little difficult to choose the best position when you arrive at a location you haven’t been to that early before. The time of year also has an impact too as the exact position the sun rises on the horizon varies throughout the seasons.

I’d taken a quick look at a map of the reserve the night before and had chosen the Wildlife Lookout Hide as a good place to start. Looking to the east and over the Scrape, there should be some great photographic opportunities.

I wasn’t disappointed! As I waited for the sun to break the horizon I was treated to views of the early morning rituals of Avocets, Shelduck, Little Egrets, Black Headed Gulls and more. I closed my eyes for a while and listened. Wave after wave of sound splashed through the open hide window. It was worth getting up at 3am just for those few moments alone.

As the sun finally peaked above the north sea the sky and light mist hanging over the reed beds and scrape erupted into a golden glow. Magic!

I’ve set myself a #100sunrises challenge for 2015 and this was a good one to add to the collection. 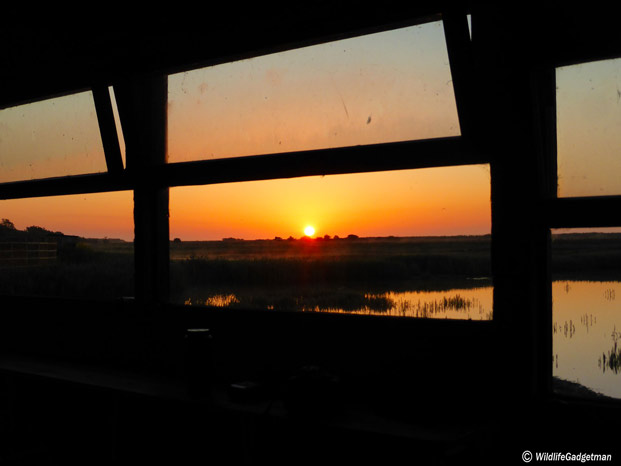 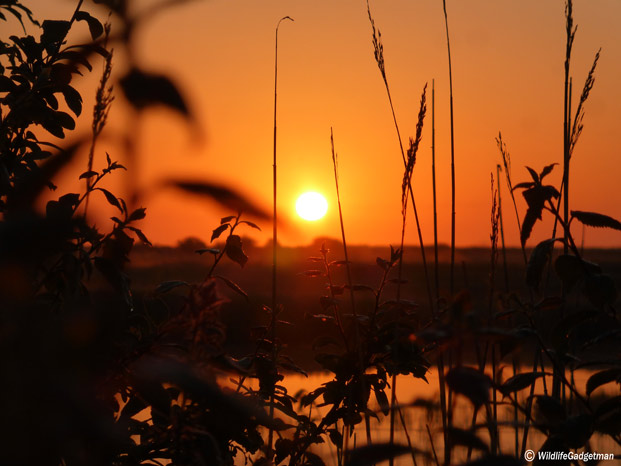 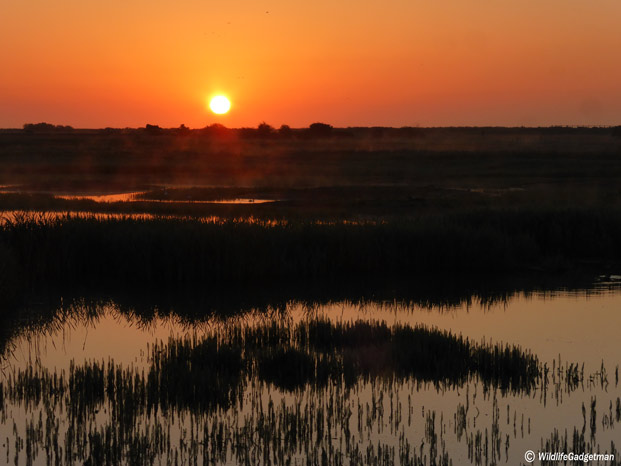 By the time I left the hide I still had three hours to kill before my radio interview up at the Springwatch production village. Three hours to kill at one of the best reserves in the UK, life can be tough sometimes!

I decided to take a slow walk towards the Island Mere Hide, passing the Bittern Hide, Adder Walk, Springwatch Studio and Spineless Simon’s pad on the way.

Walking through the wood that early in the morning was a real treat. The golden glow of the early morning sun casting long shadows through the tress. Shivelight (Thanks Chris Packham for that ‘Springword’!) was all around. 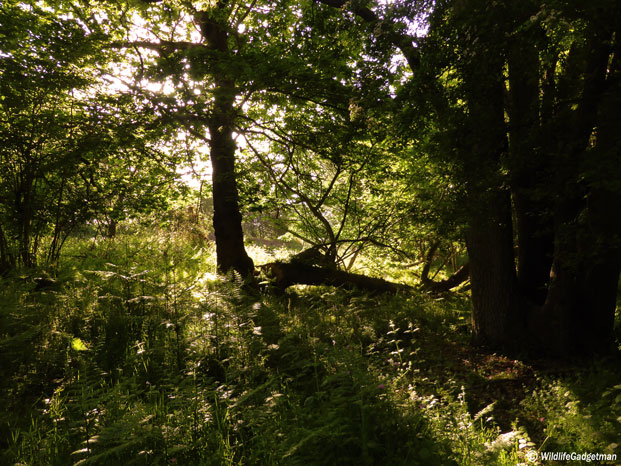 Part way through the woods I found a bench bathed in the early morning sun. It was a real suntrap and lovely and warm on an otherwise chilly morning. I sat for a while, closed my eyes and just listened again. 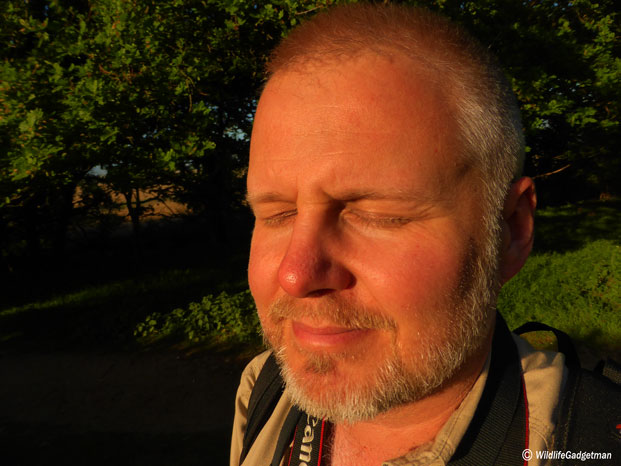 Although I missed the dawn chorus the bird song was still wonderful to hear. Most noticeable was the distant boom of the Bittern and the easily recognisable  call of a passing cuckoo. After half an hour I moved on to the Bittern Hide. I’ve had some great views from this hide in the past including several of Bitterns but alas not today. It was pretty quiet for the 20 minutes or so I was there apart from a passing marsh harrier. Time to move on.

The Springwatch studio looked lovely in the early morning sunlight. 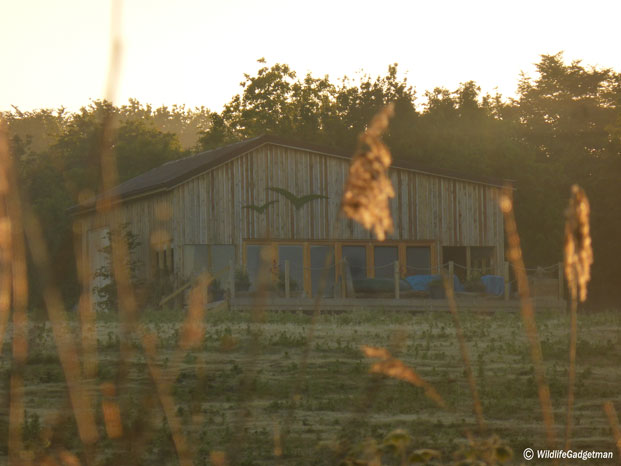 Next stop was to pop in on Spineless Simon and Frisky Phil, a pair of sticklebacks and stars of this years Springwatch. They live in shallow water just beside the walkway to the Island Mere Hide. I can remember watching them last year when I visited and they were drawing a surprising amount of attention then so its no surprise they are featuring so heavily on the show this year. Who would have thought that the nation would be so gripped by the sex life of a pair of sticklebacks?! 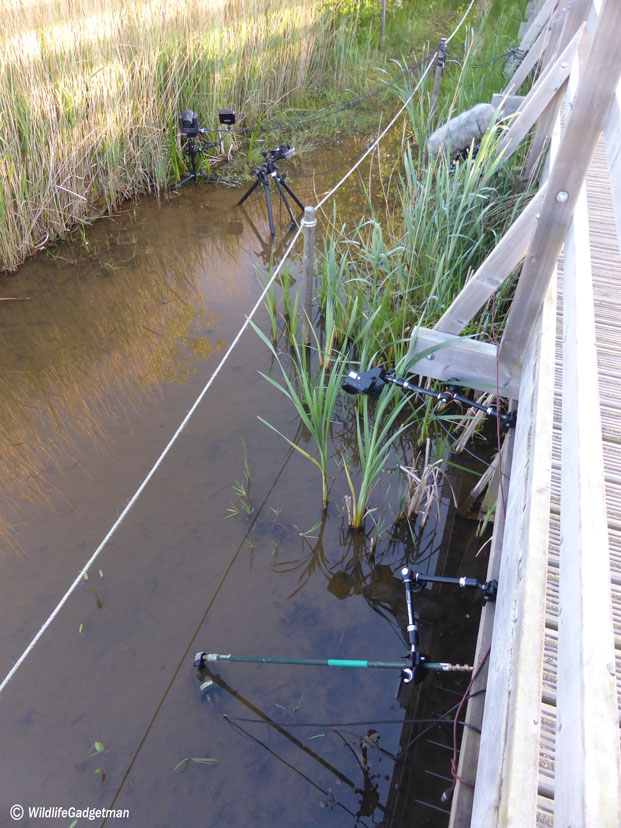 The Island Mere Hide was as bright and inviting as ever with spectacular views over the misty waters. Another hour whizzed by and it was time to make my way up to the Springwatch village to meet Etholle George for a chat about the ‘Springwatch Effect’ live on the radio. 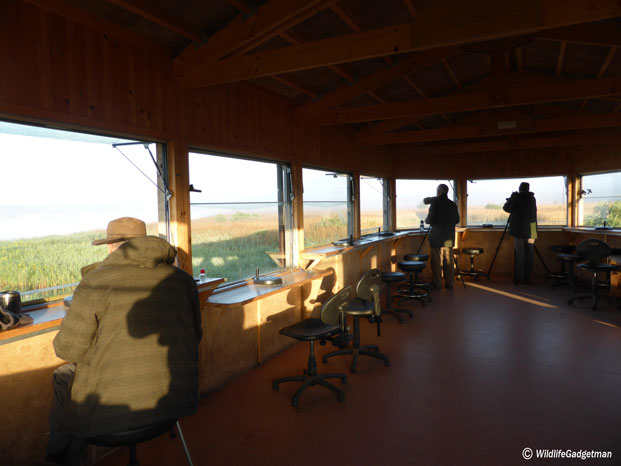 As I reached the BBC Radio Suffolk pop up tent just inside the Springwatch production village I was greeted by radio producer Jon Wright (@journojon) and introduced to Chris Scargill (@CScargillLG) who would be joining me to chat about the effect Springwatch has had on the Suffolk economy.

Twenty minutes later it was all over. I was a little distracted part way through the interview as Chris, Michaela and Martin arrived and wandered past. It was great to feel part of the whole Springwatch experience, even if it was just for a few minutes.

Just before I left I also bumped into my friend Adrian Hinchliffe (@adrianwondersof) who is one of the key members of the team responsible for monitoring and radio tagging the badgers. I left him chatting to Etholle live on the radio giving everyone the latest update on the badgers. 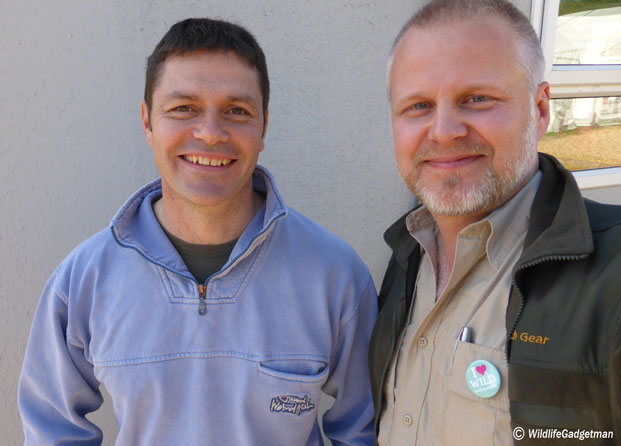 By now it was 9am and I still had most of the day ahead of me. What other wild things could I get up to? 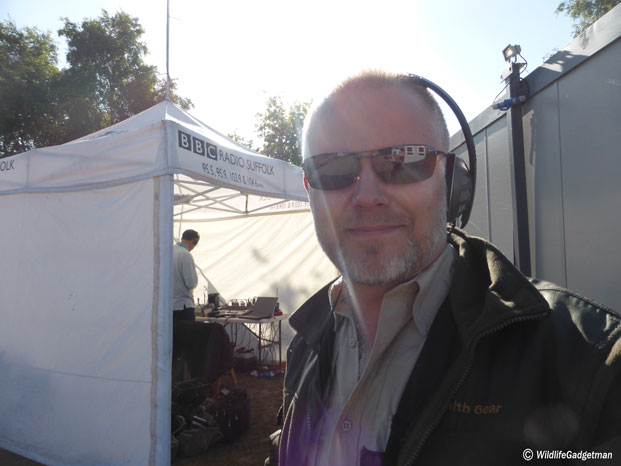