Warning: Parameter 2 to wp_hide_post_Public::query_posts_join() expected to be a reference, value given in /home/wildlif0/public_html/wp-includes/class-wp-hook.php on line 288
 About Me - WildlifeGadgetman.com
About Me Wildlife Gadgetman 2017-08-11T15:37:32+00:00

I am an award winning blogger, writer and designer with a passion for wildlife and technology.

I’ve been working in the technology sector for over 25 years and for the past ten of those I’ve been applying the knowledge and experience I’ve gained to developing ways to get closer to wildlife and the natural world. I spend much of my time either developing ideas in my ‘Gadget Lab‘, working with clients to develop their wildlife projects,  watching/photographing wildlife or writing wildlife related articles…talk about living the dream!

Every day is different and I can honestly say I look forward to getting up every morning to see what exciting wildlife adventures await! I’ve met some wonderful people along the way and consider many of them my dear friends.

I’ve exhibited at a number of shows over the years including BBC Gardeners World Live, The Outdoor Show and the British Bird Fair (sometimes referred to as the birder’s Glastonbury!). You may also see me popping up on TV from time to time either locally or nationally on programmes such as BBC Springwatch etc. Exhibiting and filming is a real buzz so I hope to do much more of this in the future. 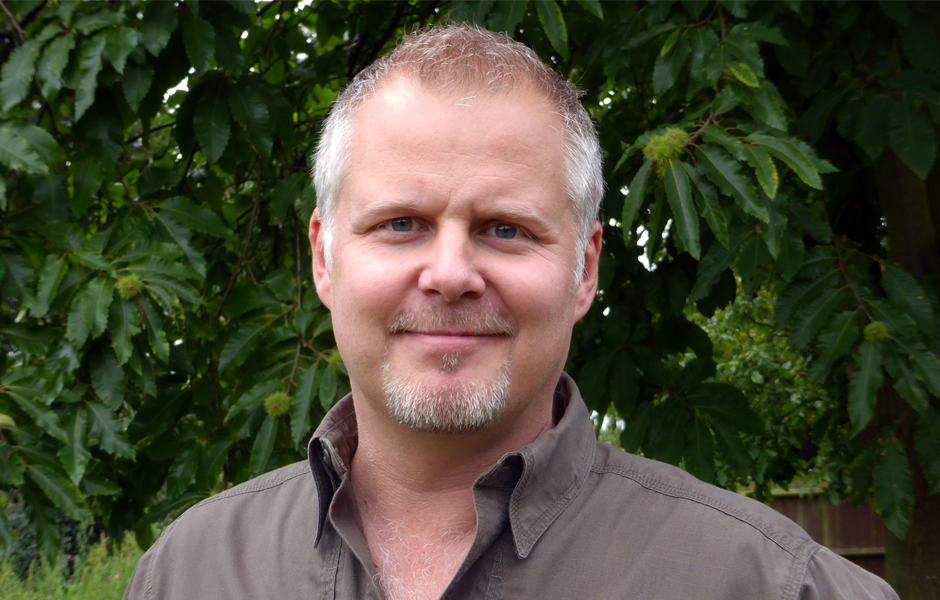 Jason AlexanderWildlife Gadget Man
I’m always happy to chat! Feel free to get in touch if you would like advice about wildlife, camera systems, product design, project development and anything else really. I’m a friendly guy!
WORK WITH ME

Wildlife and the natural world has always been an important part of my life. In fact, many of my earliest memories involve wildlife in some way.

I distinctly remember warm sunny days, standing on the edge of the pond in my local park, mud up to my knees, giant grin on my face and being in total awe at the content of my pond dipping net! Full of magical mini monsters that fuelled my imagination and ignited a passion that lasts to this day. I loved to draw the many creatures I would find and then, in bed, spend hours under the covers with a torch searching through various books trying to identify my latest discoveries.

What about your passion for gadgets?

My passion for gadgets started at a very early age too, although back in the mid to late 1970s the ‘gadgets’ weren’t quite as sophisticated as they are today! My father had renal failure in his early twenties (I think I was about 2 at the time) and used to have to dialyse (being hooked up to a kidney machine) for 15 hours at a time, three times a week. I remember being totally fascinated by all the dials and lights on the kidney machine, which at that time was the size of a large upright fridge-freezer, and very soon learnt the function of every button, dial and display. A maintenance chap visited once a month and I would bombard him with questions like ‘What’s that for?’, ‘How does that work?’ etc. Looking back I can see how this could have been quite irritating but I don’t think he was too bothered as he would often bring me a box full of old printed circuit boards and components for me to explore and dissect!

Wildlife took a bit of a backseat in my teenage years if I’m honest and the term ‘bird watching’ took on a slightly different meaning. As the lure of girls, beer and music took over wildlife didn’t seem ‘cool’ enough anymore! The interest still lingered but if there was a choice between going into town with my mates or popping to a local reserve to do a spot of bird watching then mates and town usually won.

My obsession with electronics and design grew though and at the age of 16 I enrolled in an HND Industrial Design course at a local college. I absolutely loved it, the first few weeks anyway. Unfortunately my father’s health deteriorated rapidly during those same weeks. I wanted to spend more time at home to help my mother look after him so dropped out of the course and found a full time job. My father died a few months later.

With boundless ideas and ambition raging through me I continued to develop my career in electronics and product design and development. I studied HND Electronics and Communications, trained as a PCB design engineer and eventually found myself working as an R&D engineer for one of the world’s most renowned photographic flash manufacturers. I remained at the company for over ten years, developing new skills and changing role from time to time. I moved from R&D to become Production Manager looking after up to 100+ staff and also took on the role of Quality Manager qualifying as an ISO 9001 Lead Auditor.

When did you start designing Wildlife Camera Systems?

Back in late 2003 I decided to take the leap and set up my own business. My youngest brother was a qualified carpenter so we decided to set up our own property maintenance company. Everything was going great. Plenty of interesting work and I was spending much more time out in the fresh air…Magic! Three months into the business disaster struck! After one particularly strenuous days work we decided to go for a game of badminton with friends. Unfortunately I didn’t warm up properly and 10 minutes into the game there was an almighty bang and I fell to the ground. I thought my doubles partner had hit me on the back of the leg with his racket but when I turned around he was on the opposite side of the court. I looked at my foot and could see that the back of my ankle had disappeared….I’d snapped my Achilles tendon!

In plaster for 10 weeks and on crutches for about 12 it was during this time that I had one of those magical ‘light bulb moments’. From an early age my son had developed the same passion for wildlife that I had. My wife and I were spending increasing amounts of time with him in the garden and further afield introducing him to the wonders of the natural world. I remember watching the very first Springwatch (or something similar) with Sam and seeing how fascinated he was by the nest boxes with cameras inside. I decided to buy him one for Christmas but after researching for a while discovered that all of the commercially available systems at that time were either horrendously expensive or, being brutally honest, not very good.

That’s when I decided to design and manufacture my own range of wildlife camera systems and created a company called Gardenature. The innovative designs I developed proved to be hugely popular and helped shape the wildlife camera market as it stands today. The designs continue to be sold all over the world and are used by many well known organisations such as the BBC (used on Springwatch), the Wildlife Trusts and the RSPB. In fact, the RSPB still sells my design as their preferred choice of nest box and feeder camera systems. A number of my designs have won ‘Best Buy’ awards in Which magazine and have regularly featured on TV and in print.

Award winning designs?! I bet you were thrilled?

To say I was over the moon was an understatement! The recognition definitely helped with establishing my business as the market leader and my credentials as a designer.

My original designs (with a few minor updates) continue to sell extremely well world wide and its very satisfying to see many of my design ideas now incorporated into the majority of competing products.

In 2010 I decided to sell my share of Gardenature to pursue a slightly different course. I’m very proud of what I achieved with Gardenature and continue to be thrilled by its on-going success. Simon and Ange, the current owners, do a fantastic job and offer outstanding service. I left my baby in safe hands!

It was during my time at Gardenature that I became friends with world renowned wildlife cameraman, TV presenter and author Simon King. After many discussions we discovered that we shared a common vision and in 2010 we decided to go into partnership and create a unique online wildlife community for anyone interested in wildlife. Wildlife Whisperer was born!

In two short years Wildlife Whisperer developed into a hugely popular brand and community attracting over 6000 members and regularly attracted over half a million hits a month on its website. Again, I feel immensely proud of what Simon and I (and the rest of the team of course!) achieved in such a short space of time and will forever be grateful to have been part of such an amazing team.

How did you come up with the idea for Wildlife Gadget Man?

Although I loved working with Simon on the Wildlife Whisperer project I found myself spending most of my time in front of the computer as a membership administrator and chatting to people on the phone about their amazing wildlife adventures. Hearing all those stories was great but I felt increasingly frustrated as I had no time to enjoy those experiences myself!

After a long hard look at my future I decided to sell my share of the Wildlife Whisperer business and create something that was much closer to my heart. Something that revolved around two of my leading passions, wildlife and technology. Wildlife Gadget Man was born!

Did winning the UK National Blog Awards impact your work?

It sure did! It certainly helped raise my profile and increased my social media following no end. It undoubtedly opened a few doors business wise and opened my eyes to the power of blogging and social media in general.

Blogging and writing has become increasingly appealing to me and I have plans to expand in these areas over the coming months.

What are your plans for the future?

There is a plan. It’s exciting, it’s ambitious and its going to take a tremendous amount of hard work but if I can pull it off its going to be AWESOME!

I hope you will join me on the journey. 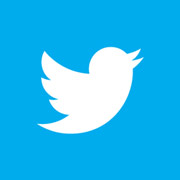 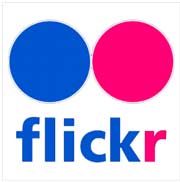 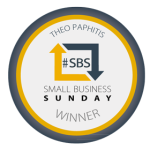 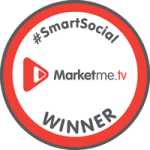 With over 20 years experience in product design and development from concept to manufacture, wildlife camera system and habitat design and training I am confident I can offer you first class service, peace of mind and value for money.

CLICK HERE TO DISCOVER ALL THE SERVICES I OFFER
We use cookies to ensure that we give you the best experience on our website. If you continue to use this site we will assume that you are happy with it.Ok