Pizza, Rainbows And Filming…Down On The Farm

After receiving an email from Joanne, the owner of Oak Tree Low Carbon Farm (of which I’m a member) inviting members along to the filming of a short video for the Greenest Community Project Awards and the promise of farm cooked pizza (!) I popped on my wellies, grabbed my camera and wandered down the lane to the farm!

I arrived to find a good turn out of members and the student film crew already on site filming Tom catching one of the chickens! The farm oven was already piping hot and pretty much the centre of attention. As I walked towards the gang the aroma of freshly made pizza wafted past the polytunnels and caressed my nasel passages with the sweet smell of bubbling cheese, farm salami and farm fresh eggs….YUM! 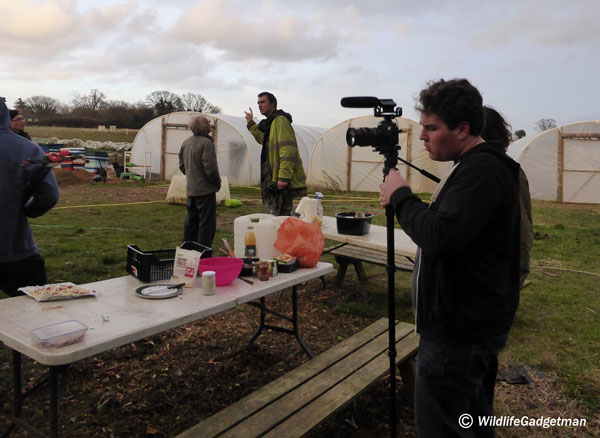 Filming was already underway when I arrived. 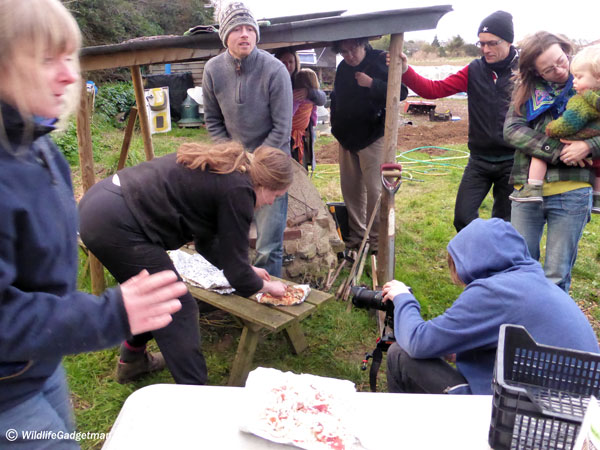 As you can imagine, after filming around the farm, the pizza soon became centre of attention! 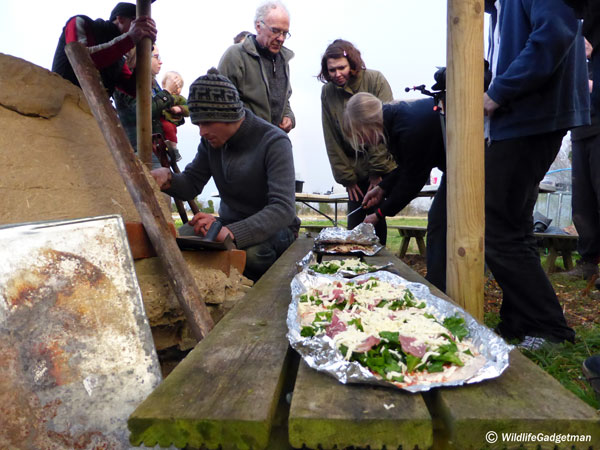 The dough base was made by Joanne and virtually all the other ingredients (apart from the cheese) was grown or reared on the farm. 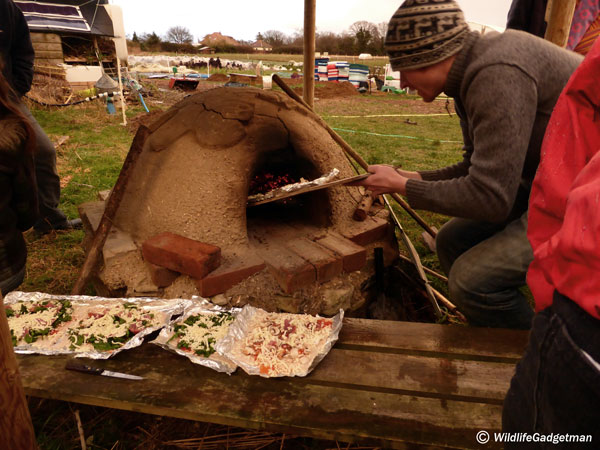 The oven worked brilliantly and the pizzas were bubbling away in no time! 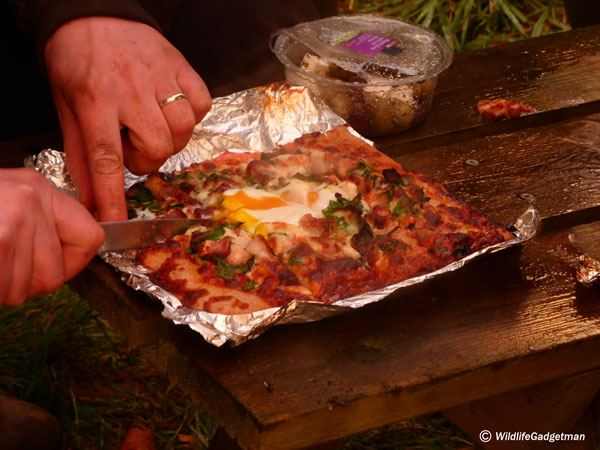 I wish one of the big camera companies could come up with a way to build ‘smelly vision’ into their cams! The pizzas were gorgeous! And the fresh egg in the centre, which only 10 minutes before was sitting under a chicken, was perfection! 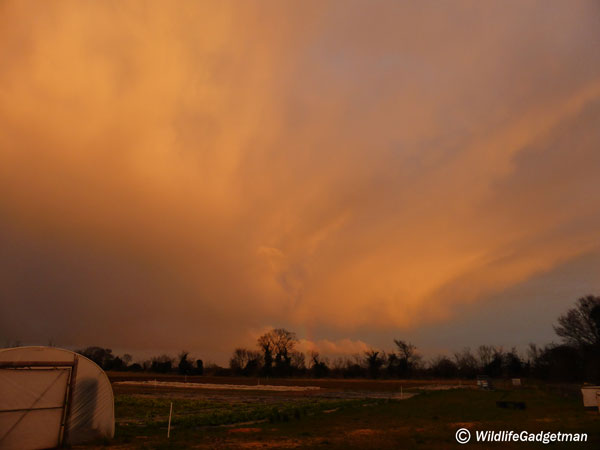 As the sun set and the second pizza came out of the oven, the dramatic skies overhead sprung a major leak and drenched us in a chilly downpour. It only lasted 5 minutes but it was enough time to soak us all through! 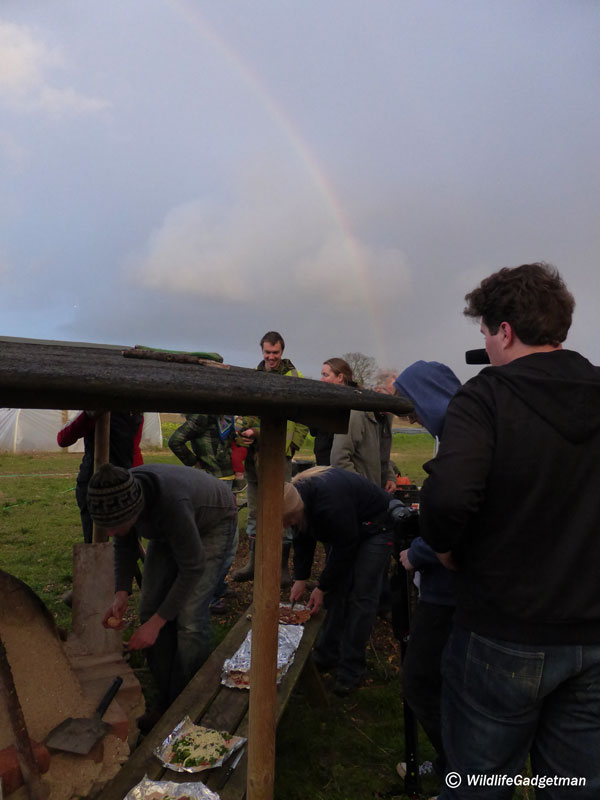 We would have got a lot wetter if we hadn’t all huddled around the oven under its canopy! As the rain died off we were treated to a lovely rainbow overhead. A good omen for the Greenest Community Award? I hope so! We’ll have to wait and see!

The winner of the Greenest Community Award will be announced at a special awards evening on Friday 28th March.