Warning: Parameter 2 to wp_hide_post_Public::query_posts_join() expected to be a reference, value given in /home/wildlif0/public_html/wp-includes/class-wp-hook.php on line 288
 One Of Those Days! - WildlifeGadgetman.com
Previous Next

One Of Those Days!

Well, we all have them. You wake up in the morning, brain buzzing with lots of ideas and plans for the day but one unexpected thing happens after another and before you know it the sun has set and you’ve crossed nothing off of your ‘To Do’ list!

I’ve been planning the update of my existing wildlife camera network and the installation of several new cameras for some time. My original plans for today were to get all the new wildlife camera gear together ready to start installing tomorrow. 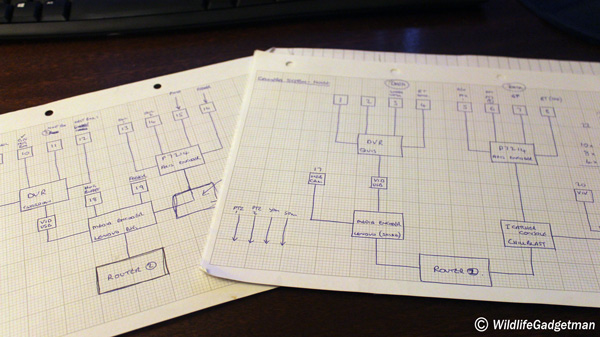 As the sun was out I thought I would have a wander around the garden before cracking on in the Gadget Lab. I haven’t had a chance to do much at all in the garden for weeks now because of the awful weather we’ve been having and of course the distraction of Christmas festivities, so this was my first chance to have a good look around and see what tiding up needs to be done. 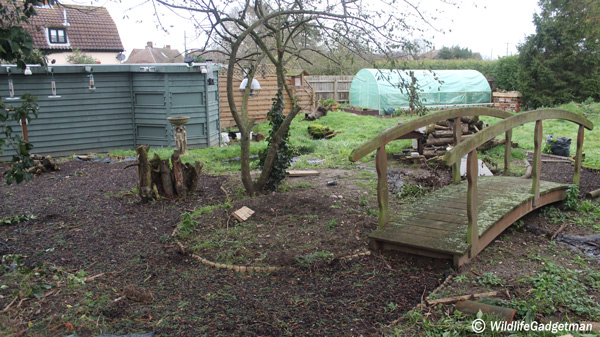 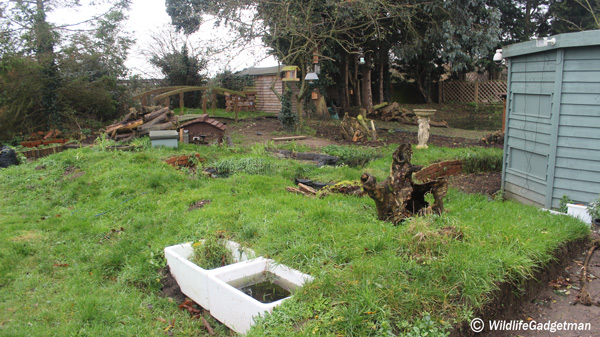 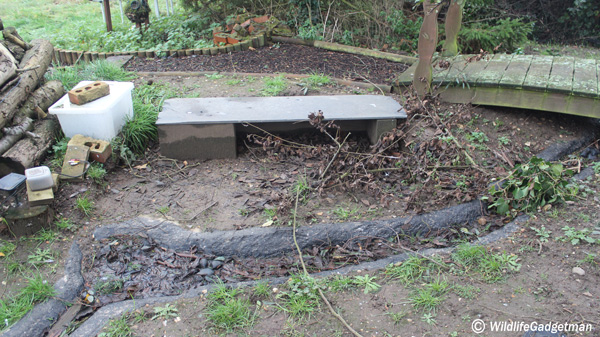 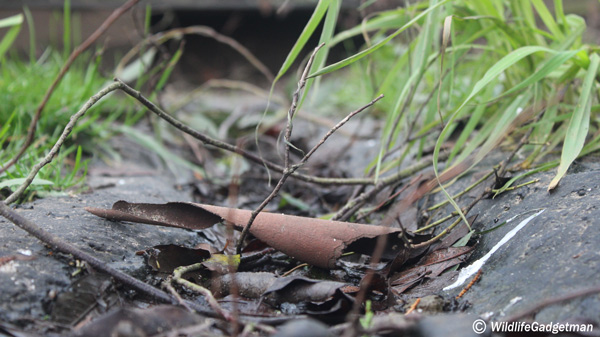 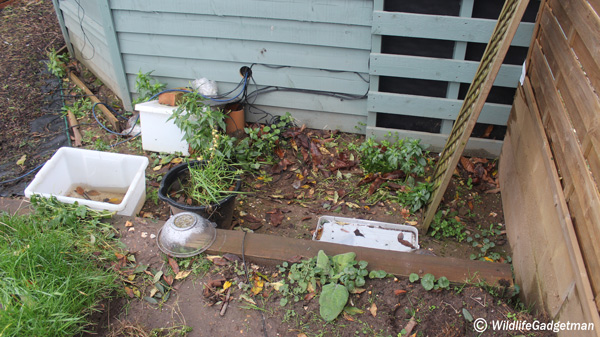 To be honest, things are looking a little shabby. The constant downpours and buffeting from high winds have certainly taken their toll! Twigs and leaves everywhere, mole hills seem to have sprung up in lots of unwanted places and general messy patches everywhere.

One of the biggest surprises was a mini landslide above the large buried den I created earlier in the summer. 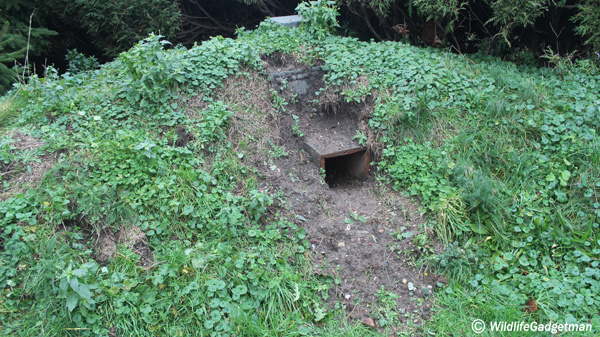 Well, I assumed it was a mini landslide due to all the rain but when I check inside the den something has obviously been sleeping in there! Had the occupant been digging at the entrance? When I built the box last summer I added a generous layer of meadow hay as a bedding layer. Much of this had been pulled up towards the entrance. I also created a camera hatch so I could install and adjust a camera from above the mound. Actually installing the camera has been on my ‘To Do’ list for a while so after seeing that there may well be some interesting activity going on inside I’ve bumped the camera installation to the top of my ‘To Do’ list!

The box under the mound is quite large. I had some recycled boarding and roofing felt left over from the build of the Gadget Lab so I thought I would use it up by making a large den for anything that may wish to use it. 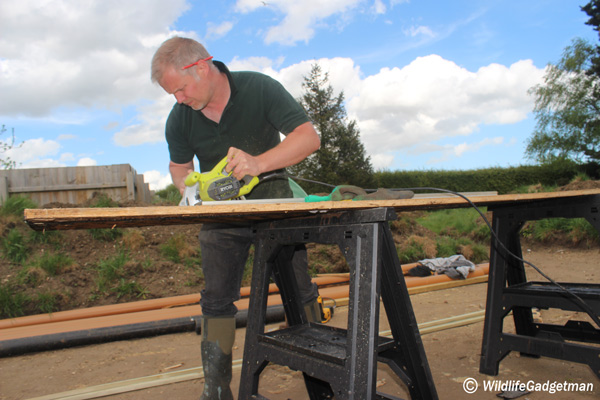 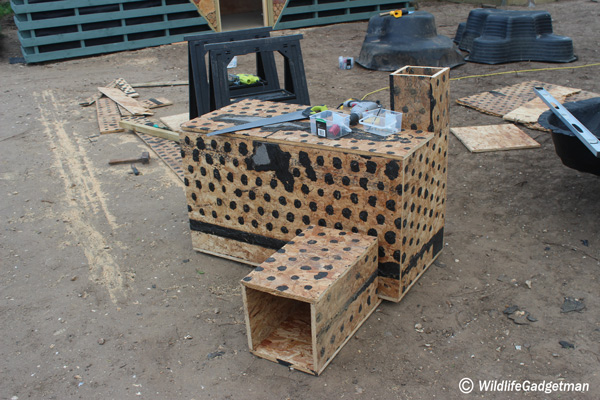 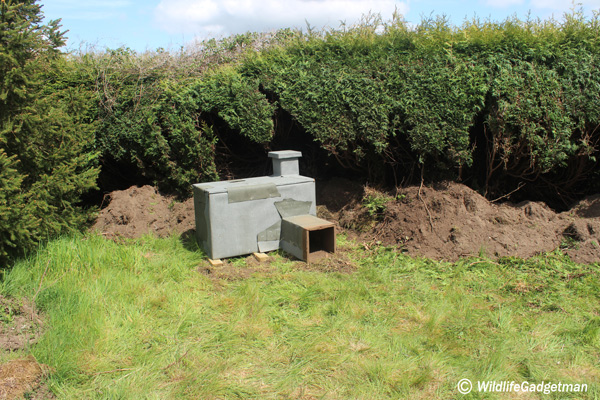 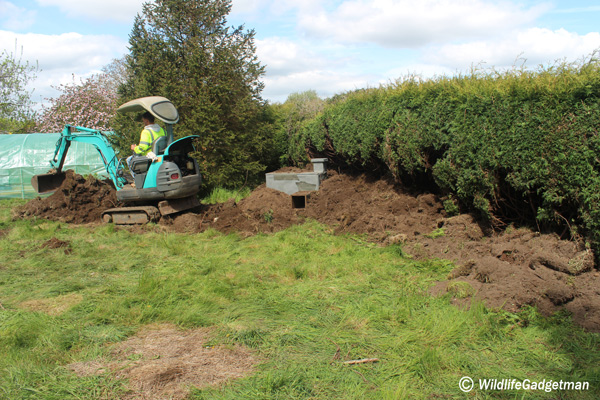 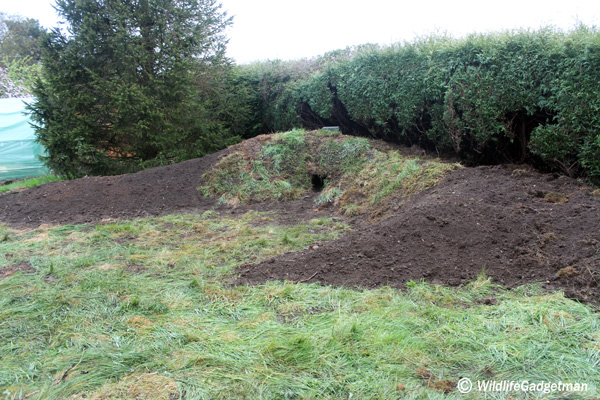 I’ll be installing the camera and linking it to I-catcher over the next few days. Hopefully you’ll be able to monitor it too via my Live Cams.

Will something actually move in? Who knows! I’m keeping my fingers crossed.

Towards the end of the day I managed to spend a few minutes in the Gadget Lab preparing cables and connectors for a number of the new cameras. 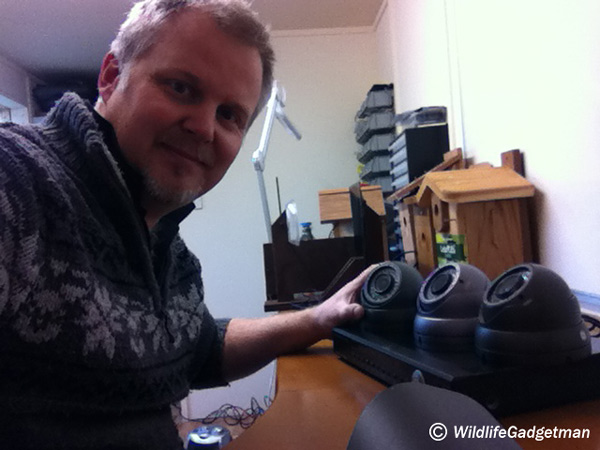 As daylight faded I noticed one of my large IR illuminators had stopped working. So, torch in hand, or strapped to my head to be precise, I ventured back out into the blustery darkness to find out what the problem was. Surprise surprise. it was full of water. I can’t fathom how the water managed to get in there even after taking it apart. All the seals seemed watertight but there was obviously a gap somewhere! 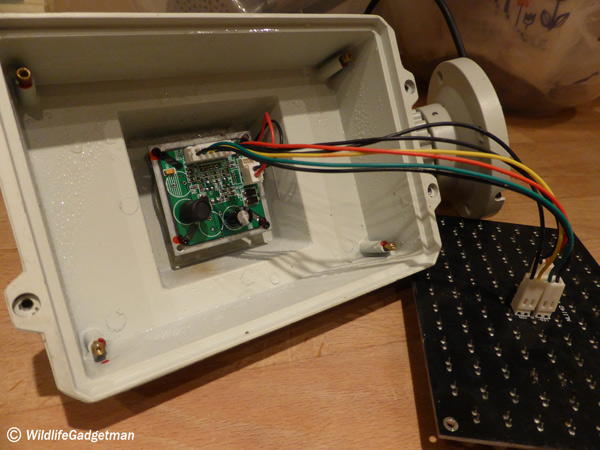 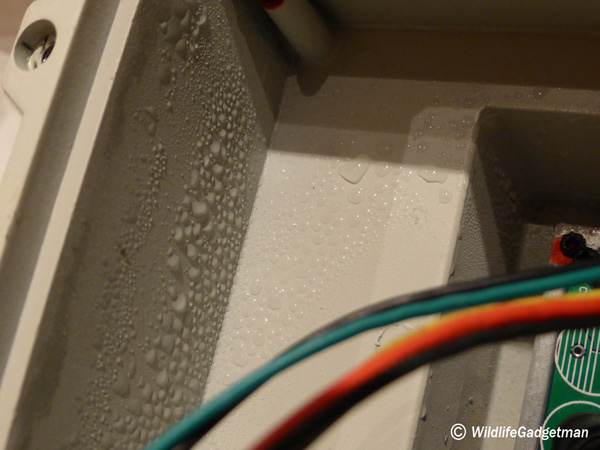 I’ve soaked up as much of the water with kitchen paper as I can, given it a 20 minute blast with the hairdryer and its now sitting on the radiator. I doubt it will recover but it’s got to be worth a go before coughing up more dosh for a new one!