Warning: Parameter 2 to wp_hide_post_Public::query_posts_join() expected to be a reference, value given in /home/wildlif0/public_html/wp-includes/class-wp-hook.php on line 288
 Nesting Season Round Up #1 - Robins and HD Webcam Trials - WildlifeGadgetman.com
Previous Next

Nesting Season Round Up #1 – Robins and HD Webcam Trials

As the 2013 garden bird nesting season draws to a close I thought I would write a round up of the successes and misfortunes experienced by the birds that attempted to nest in the garden this year. Here is the first…

The first half of 2013 has been tough all round for wildlife, especially garden birds. The unpredictable weather has made things extremely difficult for many species and has led to the whole nesting process happening approx. five to six weeks later than the last couple of years or so.

We’ve also started some major landscaping changes in the garden this year as part of ‘Project WildPatch’ involving diggers, dumpers, sawing and drilling etc. which I’m sure will have had some impact in part on the wildlife activity in the garden.

One of my favourite garden birds (and many of yours too I’m sure) is the Robin. We usually have at least one or two pairs nest in the garden each year and this year was no exception.

Back in early April I noticed one of the robins collecting nesting material….

After watching for a few minutes I knew exactly where they were building – in the ivy covering an old bird table in the front garden. The nest location was less than 25m away from my computer so I thought this was the ideal opportunity to try out a new camera I’ve been waiting to trial. It’s a Logitech 920C HD USB webcam. I’d read some good reviews online about the webcam so was intrigued to see how versatile it was and whether it would be suitable for watching wildlife in the garden. 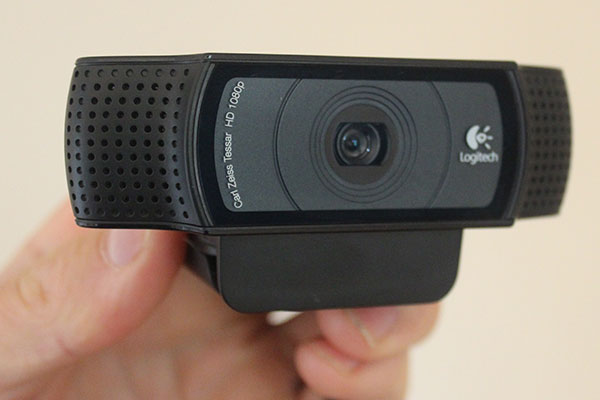 Being a USB webcam I was aware that there would be some potential limitations with the length of cable I could use between the camera and the computer but after a few tests and tweaks I managed to get it working reliably over 25m. I will be writing a guide soon showing you exactly how I set up the webcam, what extender cable I used and what settings I found best for reliable recording.

As with any activity involved in watching wildlife the welfare of the subject is paramount. Two of the most important elements of successfully positioning a camera overlooking a nest without stressing the bird are planning and preparation. We want to make sure we spend as little time near the nest as possible and cause as little disturbance as possible when positioning the camera. I have a simple process I work though whenever I set up a new nest cam and will be adding a ‘How To Guide’ to the site soon explaining what I do.

After spending less than one minute at the nest site to position the camera it was just a matter of waiting to see how the camera performed and how the nest developed.

In case you didn’t follow the action at the time two chicks successfully fledged and the 920C HD webcam exceeded my expectations!

Below is a summary of what happened.

Incubation can be tough!…

April was a particularly unsettled month with many days consisting of either heavy rain, hail or sleet, high winds and brilliant sunshine. In fact there were one or two days where we experienced all of those conditions in a matter of just a few hours! Here’s a short compilation of clips showing the female robin enduring the great British weather during incubation…

Of the three eggs laid only two hatched. A less than average number yes but at least it meant with two very attentive parents these chicks were going to be well fed!

Both parents worked tirelessly bringing back food of ever increasing size and variety as the chicks developed. Here is one of the first compilations of feeding clips. I love this one in particular as towards the end you can hear the female chattering away offering sounds of encouragement to her newly hatched offspring.

The day of fledging!…

Before we knew it the day of fledging arrived! Unfortunately I was away from the computer when the first chick fledged but I managed to capture footage of the second chick venturing out into the big wide world!

The chicks fledged approximately three hours apart so I was interested to know whether they would try and find each other. An hour or so after the second chick fledged I noticed both parents busily flying to and from a clump of shrubs close to the archway leading into our front garden. I quickly popped my Bushnell Natureview trail camera in the shrubs to see if I could capture a glimpse of the chicks and then spent the next couple of hours resisting the temptation to go grab the trail cam to see if I had captured anything interesting!!

My patience was rewarded! Little did I know at the time but I had positioned the trail cam in exactly the right position to capture some of my favourite clips of 2013 so far!

So, a successful start to the 2013 breeding season! Two chicks successfully made it through to fledging and the 920C HD webcam had performed excellently. I had discovered one or two limitations with the cam but overall I was extremely impressed. The clips above are just a small selection of all the clips recorded. To see the full collection click here. Try watching each of the clips in HD to see just how great the quality of the Logitech 920C HD is. Being able to record footage of that quality using a camera costing less than £60 shows the amazing results that can be achieved on a tight budget with a little bit of ‘know how’!

I thought I would finish with a few of my favourite stills from #RobinCam 2013…. 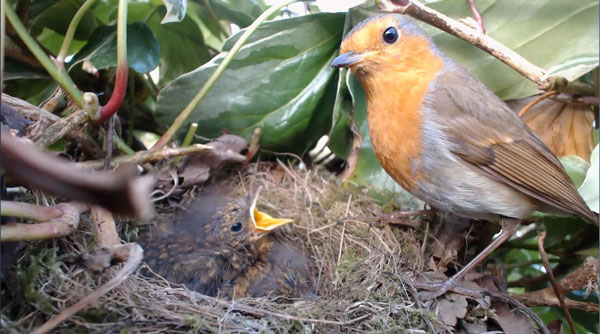 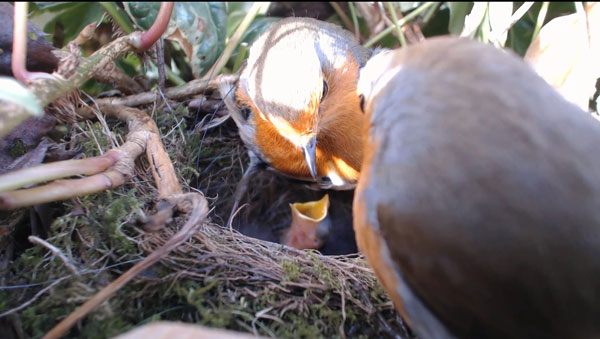 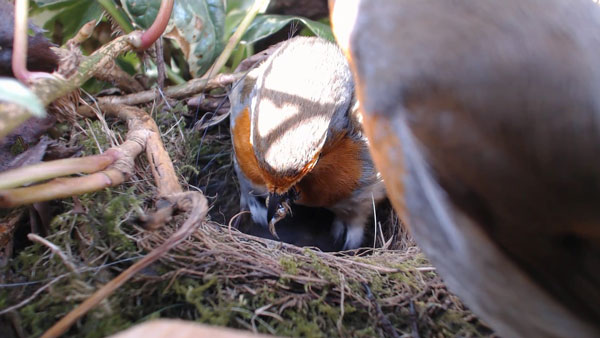 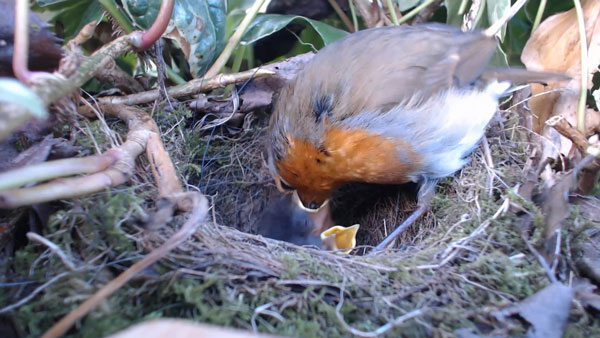 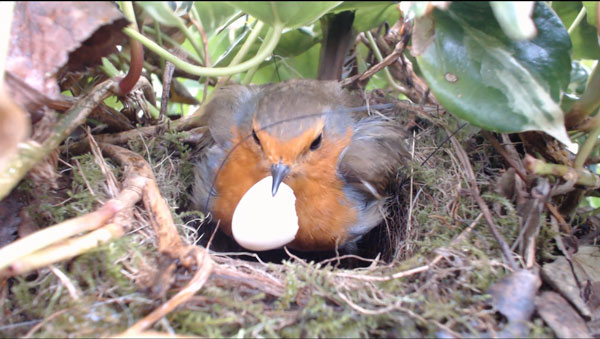