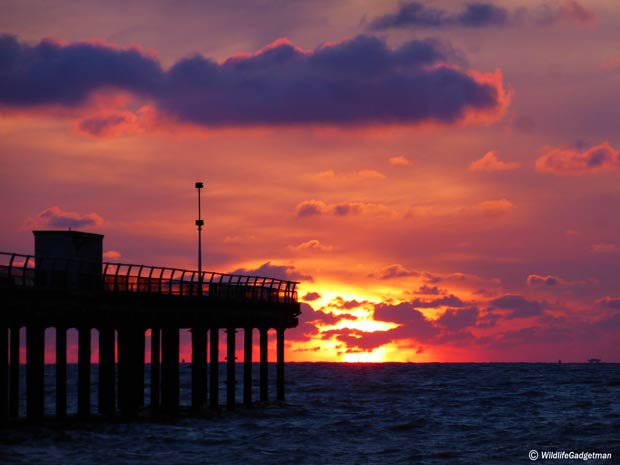 Living on the east coast of England in the wonderful county of Suffolk we are blessed with glorious sunrises over the sea. Many of my sunrise walks gravitate to the coast and inevitably end up being combined with some form of beach clean.

For this trip I decided to visit Felixstowe seafront and would wander half a mile or so either side of the pier. This is always a good place to start as it offers some interesting foreground detail for sunrise photos. 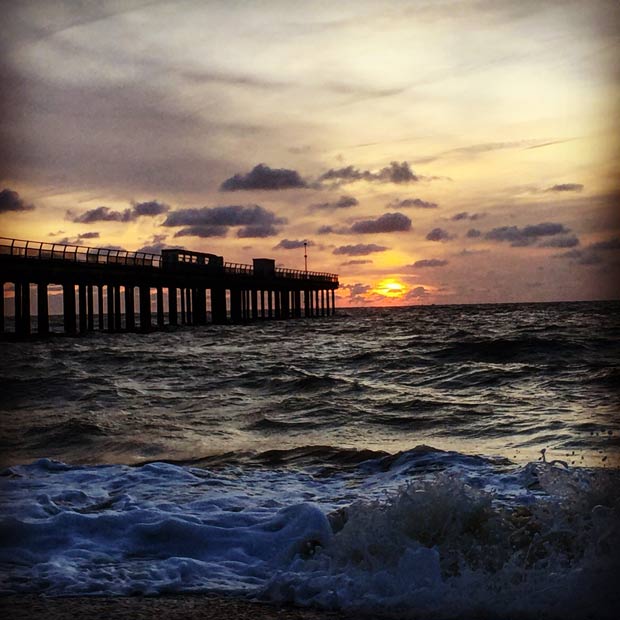 It was rather cloudy at the exact point of sunrise but I still managed to get a few nice shots. We had the usual pink glow 20 mins before sun up and a few clouds always adds some lovely structure and drama to an image.

A wander under the pier is always a good photo opportunity too but it depends on the tide. Too high and you can’t walk under, too low and you lose some of the enclosed feeling and shadows. Today was just right. I spent ages trying to time my shots to coincide with the waves breaking against the pillars. You end up with lots of shots of the same thing but when you get it right the splashes of sea water add a whole new dimension to the image. 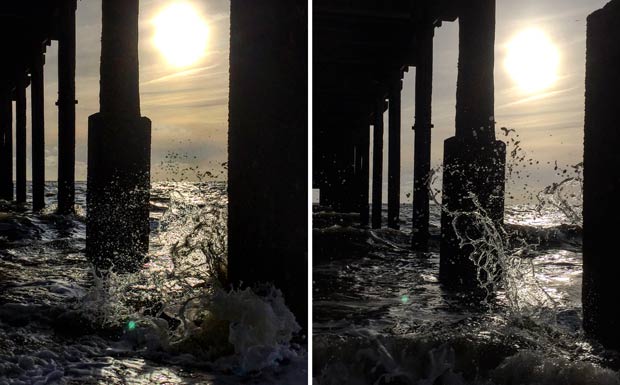 Time For The Beach Clean 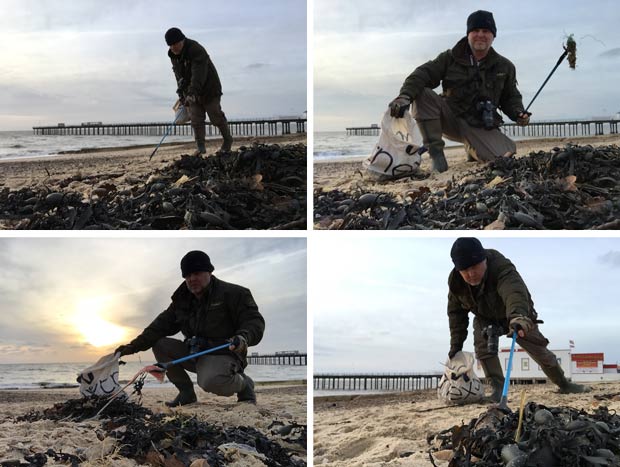 Last year I managed to squeeze in seven beach cleans. This year I want to try and do at least ten. I’ve got an idea for beach cleans throughout 2016 and I’ll share that in a separate blog post. I’m also planning to write my own ‘Guide To Beach Cleaning’ which may already be on the site by the time you read this. Check the guides section under Nature. 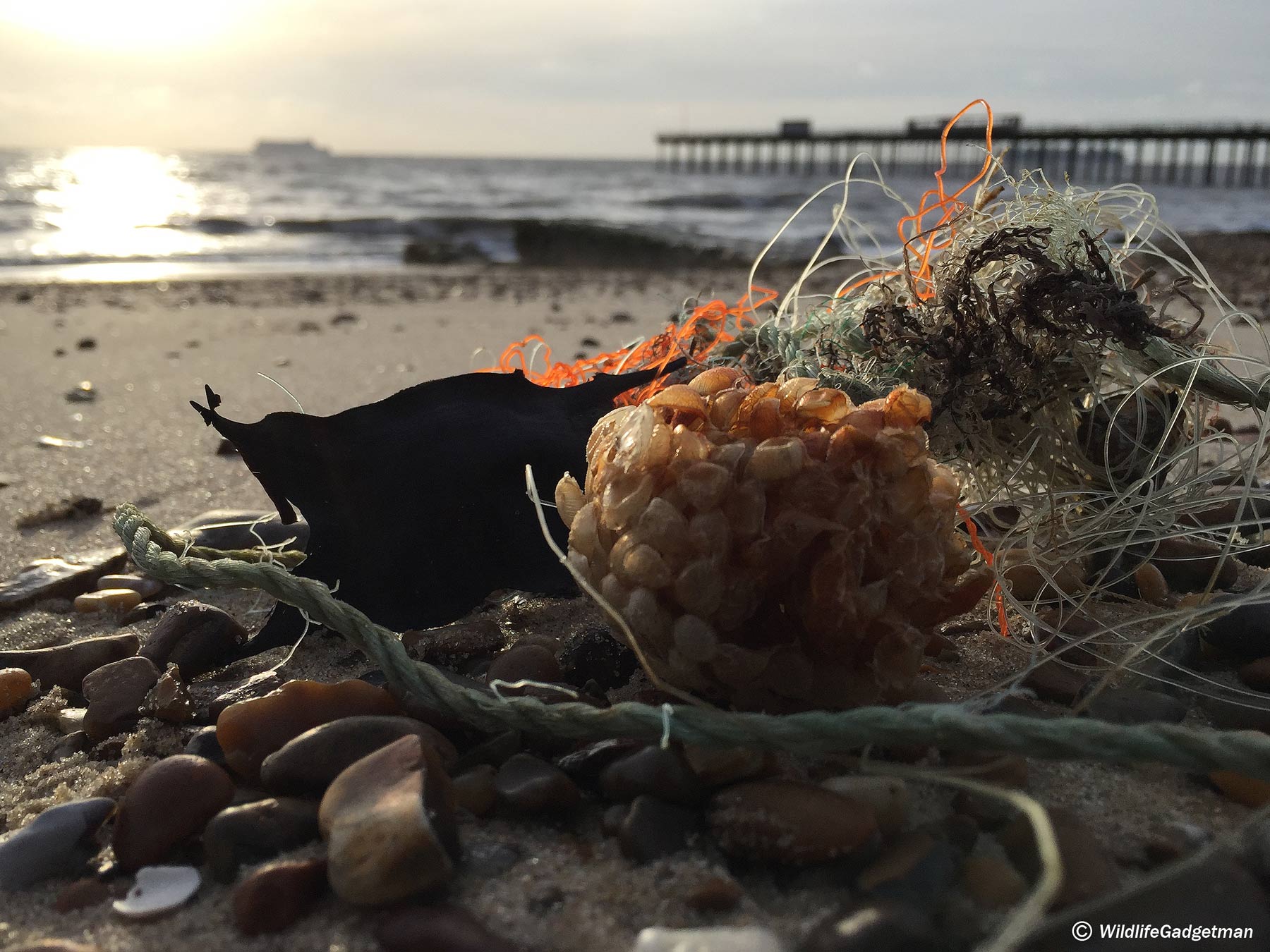 Generally speaking, Felixstowe beach is pretty clean but, particularly to the left of the pier for some reason there’s always plenty of plastic and other debris washed up with each high tide. In particular, there always seems to be an abundance of fishing line. This tends to be tangled balls of brightly coloured nylon line with the occasional hook or lead weight added in for good measure.

Typical items picked up today include… 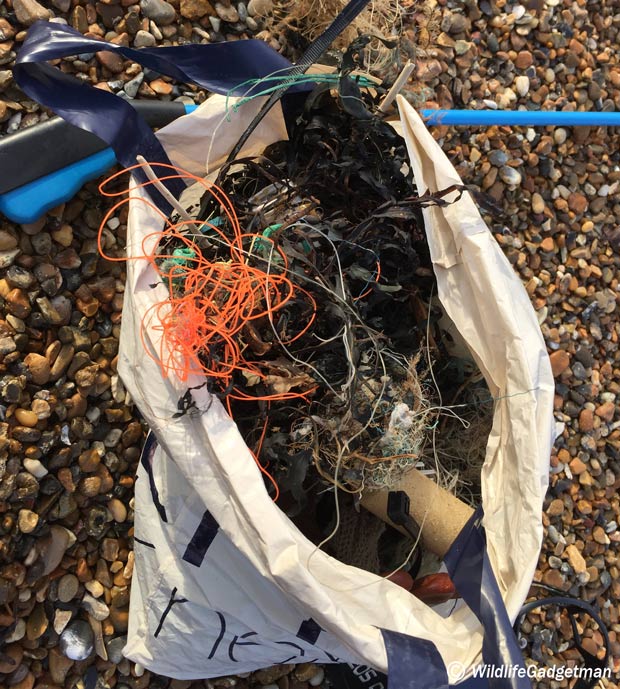 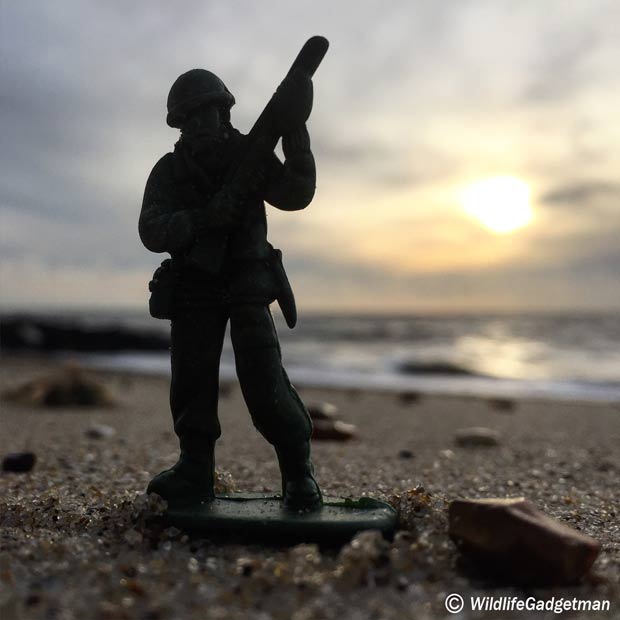 For me, beach cleans have a magical power. They can make time disappear within the blink of an eye. I ended up spending an hour collecting the first bag of rubbish. I could have collected it a lot quicker but why rush?! You’re out in the fresh air, strolling on a beach, what could be better? Oh yeah, the only problem is you’ve forgotten you’re supposed to be in the office working!

One of the advantages of being self employed is that you can be flexible. The boss can have a moan but what’s he going to do? Fire you?!

My big problem is I can’t walk away. I can’t leave knowing that there is still plastic and other rubbish laying around. So, as usual, I decide to carry on the beach clean as I head back towards the car.

BANG! Before you know it another hour has passed, but at least I’ve cleared another bag of potential death traps for some unsuspecting wildlife. 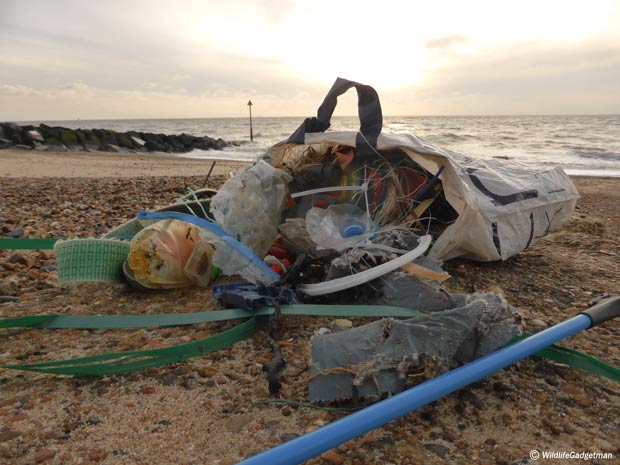 And, as I reach the car there is nothing more satisfying than dumping all of the rubbish collected in the bin.

When I eventually arrive back at the office the only thing left to do is to pop the pebble I collected into my Beach Clean Pebble Jar. Hopefully it will look a lot fuller by the end of the year. 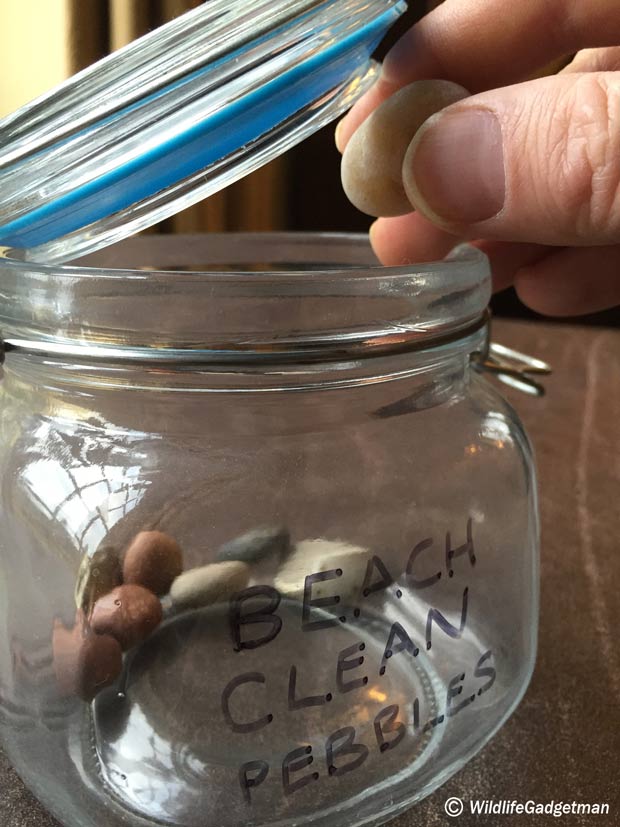