Inspired by the short piece by Martin Dorey on the latest series of the BBC’s Autumnwatch  (see below) I decided to do my very own #2minbeachclean.

Inspiring isn’t it?! I thought so. So, last Saturday I set off on my very first #2minbeachclean.

I’m lucky enough to live just a 10 minute drive from the beautiful Suffolk coast and for this first trip I decided to go to the Landguard Peninsula.

The Nature Reserve is a designated Local Nature Reserve (LNR) due to its value to the local community and a Site of Special Scientific Interest (SSSI) because of its high wildlife conservation value, such as its rare vegetated shingle habitat and rare botanical species including Stinking Goosefoot. 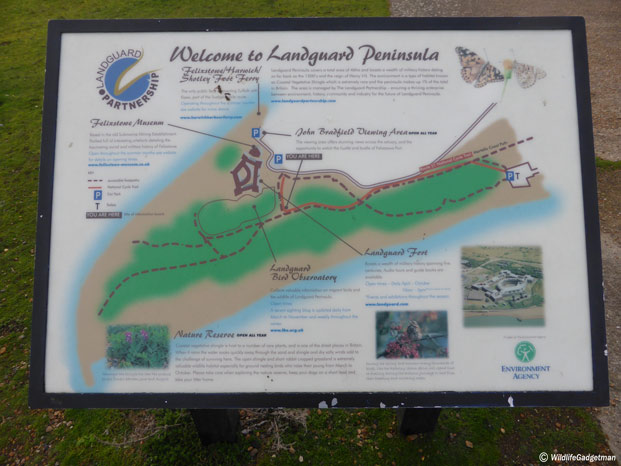 As I arrived at the reserve the heavens opened. Hoping it wasn’t a wasted trip I sat in the car for a few minutes for the rain to pass. Ten minutes later the sun was shining and I was walking across the shingle towards the tide line. 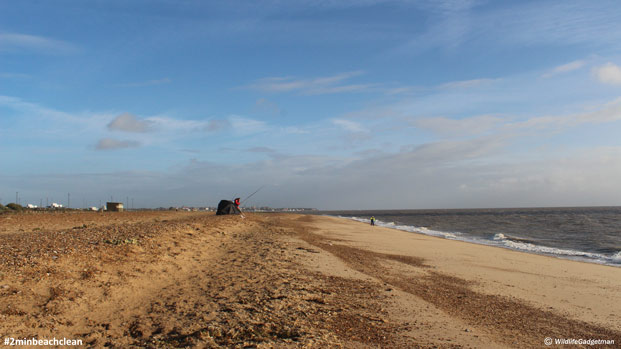 Upon first glance as you walk out across parts of the peninsula it can look pretty desolate but the closer you look the more you’ll find.

To say the beach was windswept is an understatement! The wind howled across the sand and shingle creating wonderful patterns of erosion. I particularly loved the little stone mushrooms created as the loose sand was blown away. 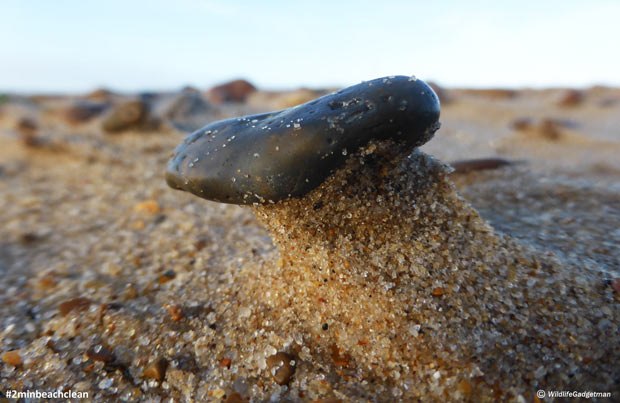 The strong winds also had quite an impact on much of the lighter litter. 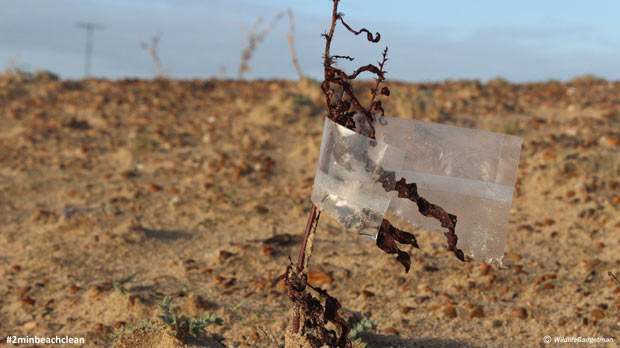 As I reached the tide line I was pleasently surprised with how little plastic and other litter I could see. However, it didn’t take much digging around to start finding it. 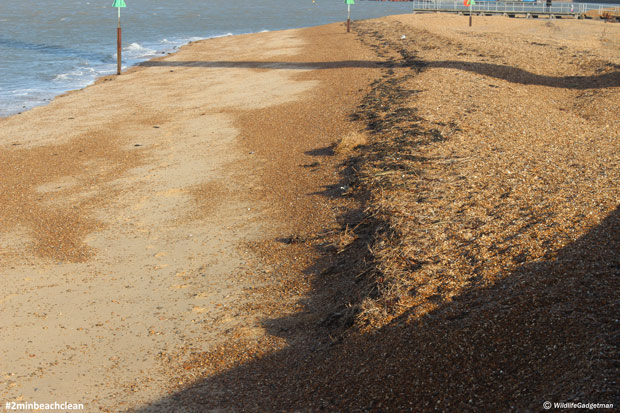 There was plenty of evidence on the beach of life in the sea with numerous egg cases dotted around. I found this shot particularly emotive. I’m sure there is some clever wordplay that could be used here using the image of the pen litter butting against the ray egg case but I’m yet to come up with a good line. Maybe you can think of one and share it with me. 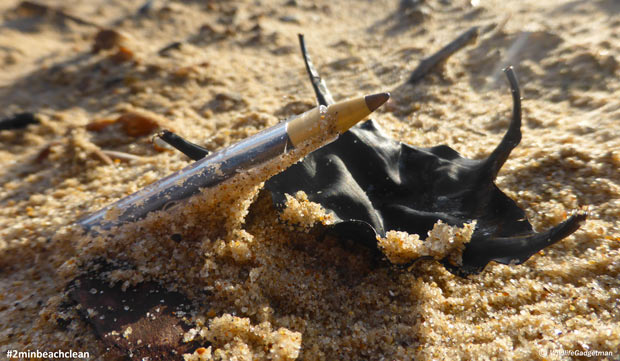 I found the whole beach cleaning process quite addictive to be honest. I was surprised just how much plastic and other litter you can collect in 120 seconds. As the two minutes came to an end I found myself thinking ‘Just one more piece….’ and then another ‘Just one more piece…’ and before you know a couple of hours have passed!

This is what I collected… 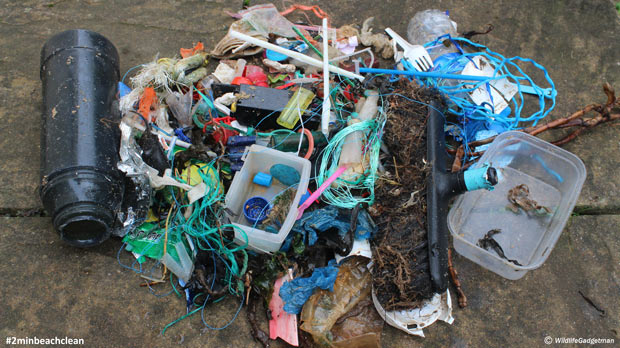 There seemed to be a lot of blue plastic for some reason. I can honestly say, and this will probably be the only time I ever say it, I’m glad the sea looks a little less blue –  after my first beach clean! 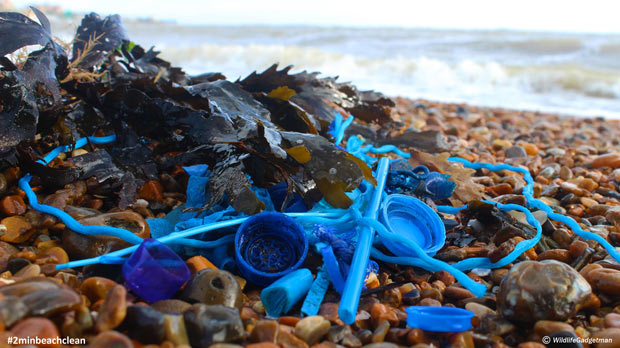 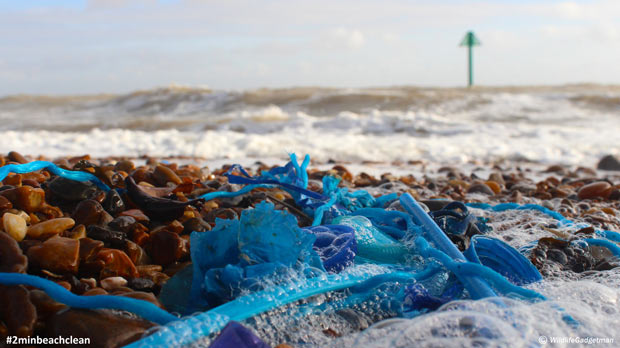